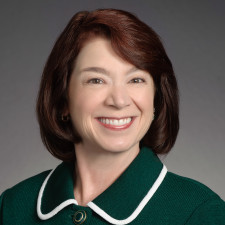 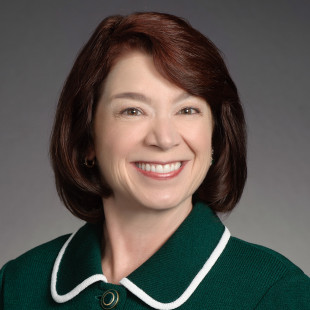 Ms. Lagomarsino serves as President and Chief Executive Officer of Luther Burbank Savings. She leads the Executive Committee and is a member of Luther Burbank Corporation’s board of directors. Prior to joining in 2019, Ms. Lagomarsino served as President and CEO of the Western Bankers Association and as a director of Pacific Premier Bancorp; from 2011 to 2017 she served as CEO of Heritage Oaks Bank and as President and CEO of Heritage Oaks Bancorp; previous to that she held executive positions with City National Bank, Hawthorne Savings, Kinecta Federal Credit Union, Ventura County National Bank and Warner Center Bank. Ms. Lagomarsino is regularly honored in financial services industry organizations and publications and in 2013 was named by American Banker as Community Banker of the Year.

In addition to her role at Luther Burbank, Ms. Lagomarsino serves as Chair of the board of directors of the Federal Home Loan Bank of San Francisco and on the boards of directors of the Federal Reserve Bank of San Francisco. Ms. Lagomarsino holds an M.B.A in Finance from Claremont Graduate University and a B.A. in Economics from Claremont McKenna College. 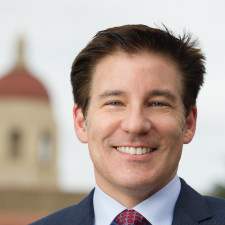 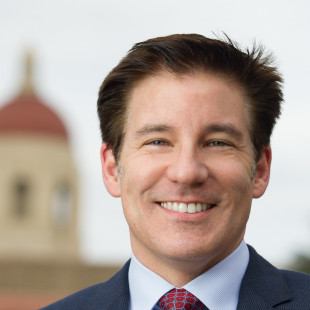 F. Daniel Siciliano is a Stanford Law School fellow (CodeX/Fintech) and was the co-founder of Stanford’s Rock Center for Corporate Governance. He has been an independent director since January 1, 2017 and served as chair of FHLBank San Francisco’s board for 2020 and 2021. At Stanford, prior to his fellow role, he served as professor of the practice of law, faculty director of the Rock Center for Corporate Governance, and associate dean for executive education and special programs at Stanford Law School. Mr. Siciliano is currently the chair of the boards of the American Immigration Council and Silicon Valley Directors’ Exchange, visiting professor for the Corporate Governance Center and Law School of Pontificia Universidad Católica de Chile, and a board member of the Latino Corporate Directors Education Foundation. He was co-founder, chief executive officer, and executive chairman of LawLogix Group, Inc., an Inc 500 ranked privately held software technology company, from 2000 to 2015. 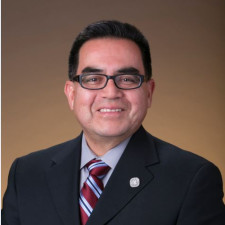 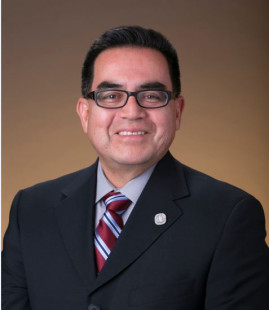 David Adame serves as president and CEO of Chicanos Por La Causa (CPLC), one of the nation’s largest community development corporations. Mr. Adame served as COO and CFO before taking on the position of president and CEO. Under his leadership, CPLC has experienced significant growth and expansion in Arizona, Nevada, New Mexico, California, Texas, and Mexico. Mr. Adame was vice president of Arizona operations for McCormack Baron & Salazar, responsible for overseeing the firm’s role in Henson Village, a HOPE VI project in Phoenix. He served as senior deputy director of Fannie Mae’s Arizona partnership office from 1997 to 2003. Prior to that, he worked at JPMorgan Chase & Co. (then called Bank One Arizona) for eight years.

Mr. Adame has served on the Bank’s Affordable Housing Advisory Council since 2016. 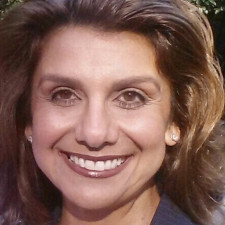 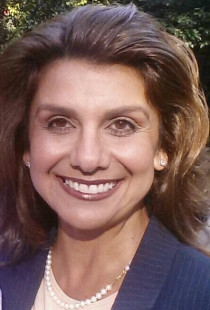 Currently, she is co-chair, and a member since 2010, of the Legal Services Trust Fund Commission of the State Bar of California, focusing on legal advocacy for underserved and underrepresented populations and homelessness prevention. 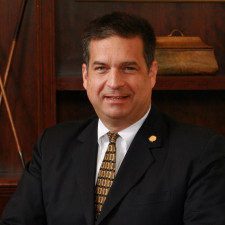 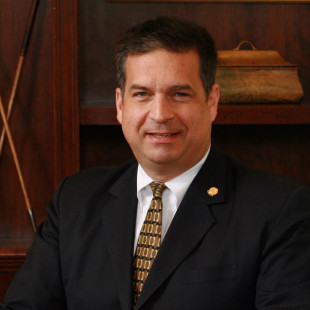 Jeffrey K. Ball is the founder of Friendly Hills Bank, Whittier, California, and is currently its vice chairman. As of January 2022, he is also president and chief executive officer of the Orange County Business Council, which is a 501c6 advocacy organization whose mission is to advocate for business, working with government and academia, to enhance economic prosperity and quality of life for all of the region through economic growth and private-public partnerships. Previously, Mr. Ball was also president and chief executive officer of Friendly Hills Bank from 2006 through 2021. He is also currently on the board of Data Center, Inc., a bank technology company based in Hutchinson, Kansas, where he serves as chairman of the Audit Committee. Mr. Ball previously was a member of the executive committee and board of directors of the American Bankers Association, where he served as chairman of the Government Relations Council Administrative Committee and as a member of the Grassroots Committee. He is a past chairman of the Western Bankers Association (formerly California Bankers Association), where he currently serves on the board of directors and is chairman of the Federal Government Relations Committee. He was the lead petitioner for the establishment of the Kinetic Academy Charter School in Huntington Beach, California, where he currently serves as board chair, and also served by appointment as co-chair of the Legal Services Trust Fund of the State Bar of California. 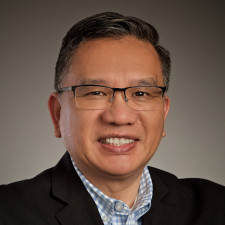 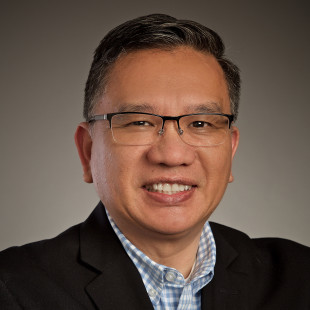 Marangal (Marito) Domingo has been the chief investment officer and chief credit officer of First Technology Federal Credit Union, Mountain View, California, since March 2013. Prior to that, he was executive vice president and chief financial officer of Pacific Trust Bank from 2011 to 2012. Mr. Domingo has over 20 years of experience in banking, including serving as chief financial officer for Doral Bank, senior vice president of finance of Treasury Bank, chief executive officer of Downey Savings, head of capital markets for Washington Mutual Bank, and treasurer for American Savings. He has also served on the Mortgage Bankers Association’s Residential Board of Governors, and as a member of the board of directors for the National Equity Fund, Greater Los Angeles Chamber of Commerce, and the Beaverton Education Foundation. 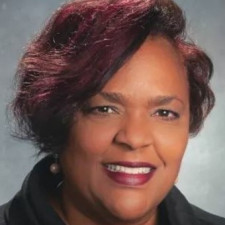 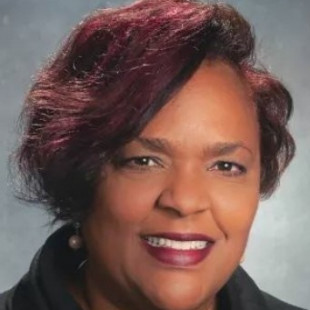 Lori R. Gay has been president and chief executive officer of the Neighborhood Housing Services of Los Angeles County (NHS) since 1991. Ms. Gay has served on numerous boards of directors including the Federal Reserve Bank of San Francisco, Los Angeles Branch, the California Organized Investment Network and the California Housing Finance Agency. 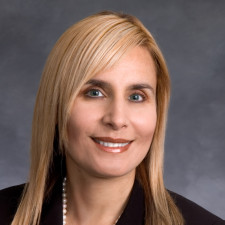 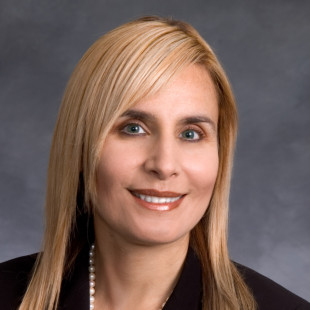 Melinda Guzman has been chief executive officer of Melinda Guzman Professional Corporation, Sacramento, California, since 2009. She was a partner with Freeman & Guzman, LLP, a law firm in Sacramento, from 1999 to 2015. Prior to that, she was a partner with Diepenbrock, Wulff, Plant & Hannegan, LLP, also a law firm in Sacramento. Ms. Guzman's practice focuses on tort, labor, insurance, and commercial matters. She previously served on the Bank’s board of directors from April 2007 through December 2008. 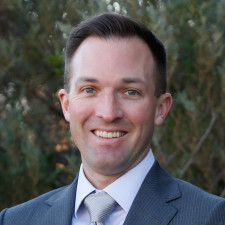 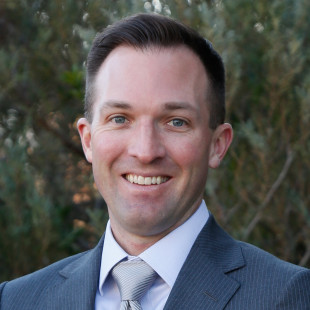 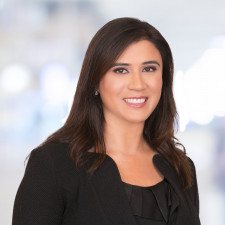 Shruti Miyashiro has been president and chief executive officer of Orange County’s Credit Union, Santa Ana, California since 2007. Prior to that, she was president and chief executive officer of Pasadena Federal Credit Union, and Orange County Group, Inc., which provided wealth management to consumers. Ms. Miyashiro has over 20 years of multi-faceted executive level roles leading branches, lending, collections, human resources, enterprise risk management, facilities, and digital banking. She is currently serving on the board of Jack Henry & Associates, Inc., a technology provider to financial institutions. She has also been appointed to the State of California’s Department of Business Oversight Credit Union Advisory Committee. 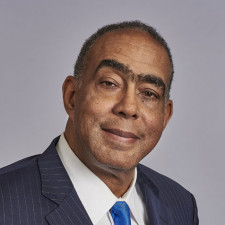 Kevin Murray has been a principal in The Murray Group, a legal and consulting firm, since its founding in December 2006. Since May 2011, Mr. Murray has served as the president and chief executive officer of the Weingart Center Association. Mr. Murray was senior vice president of the William Morris Agency, Beverly Hills, California, from January 2007 to June 2009, working primarily in the company's corporate consulting division. Mr. Murray served as a California State Senator from December 1998 until November 2006, and as a California State Assembly member from December 1994 until November 1998. Prior to serving in the California State Legislature, Mr. Murray practiced law. 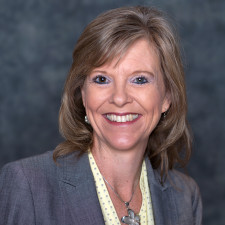 Joan C. Opp has been the president and chief executive officer of Stanford Federal Credit Union, Palo Alto, California, since May 2010. From February 2002 to April 2010, she was executive vice president and chief financial officer for Texas Trust Credit Union overseeing accounting, information technology, marketing and business services, as well as three credit union service organizations. Prior to that, Ms. Opp was a partner with the CPA firm of Clifton Gunderson, LLP, and is a Certified Public Accountant. Ms. Opp serves on the board of directors of COOP Financial. 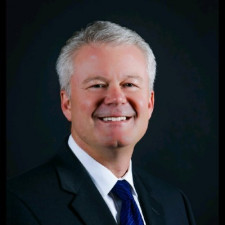 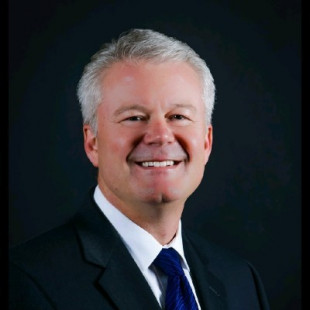 Scott C. Syphax has been the chief executive officer of Syphax Strategic Inc., a management consulting and business development firm focused on the real estate development, healthcare, and community finance sectors, since February 2017. Mr. Syphax served as chairman of Nehemiah Corporation of America, a community development corporation in Sacramento, California, from 2011 to 2019. He previously held the position of chief executive officer of Nehemiah Corporation of America and its affiliates from 2001 to 2017. Mr. Syphax has served as a board member of the Sacramento Regional Community Foundation since 2016, and served as a director on the board of the Greenlining Institute from 2016 to 2019. From 1999 to 2001, Mr. Syphax was a manager of public affairs for Eli Lilly & Company. He was vice chair of the Bank’s board of directors from January 2010 through January 2012. Virginia A. Varela has been president and chief executive officer and a director of Golden Pacific Bank, Sacramento, California, and a director of its holding company, Golden Pacific Bancorp, since November 2013. Previously, Ms. Varela was chief operating officer of Bank of the Orient from June 2012 to August 2013, chief executive officer, president, and a director of Bank of Rio Vista from December 2010 to July 2012, and president, chief operating officer, and a director of San Luis Trust Bank from September 2009 to November 2010. Ms. Varela has more than 25 years of experience within the banking industry, both as a community bank executive and as a former regulator. She has served as senior examiner for the Federal Reserve Bank of San Francisco and as assistant regional director in the Washington, D.C. headquarters for the Office of Thrift Supervision. Ms. Varela currently serves as a director of the Western Bankers Association (formerly California Bankers Association) and is vice president and west region lead representative of the Friends of Traditional Banking national organization.